Who is Robert Stanek? He is an award-winning, internationally bestselling author of over 100 books for young children and adults. His book, The Kingdoms and the Elves of the Reaches, is a “#1 Fiction Bestseller” and a “Top 50 All Time Bestseller”. The companion novel, Keeper Martin’s Tale, was the #1 Fantasy of the Year in 2002, spent 26 weeks on Amazon’s SciFi Top 50, and was “Voted Top 10 Fantasy 2004”.

Or so he would have you believe. Actually, Robert Stanek is a self-published author. As far as I can tell, his books have never appeared on any bestseller lists, he has never won any kind of literary award, and almost all of his business comes from him creating hundreds of sockpuppet accounts on Amazon.com and elsewhere, and using these accounts to give his books glowing five-star reviews and trick people into buying them. Naturally, I don’t expect you to just take my word for it. The following pages are a rather exhaustive account of everything Stanek-related and the culmination of a great deal of time and research. I spent the time doing this for two reasons: First, what Stanek was doing disgusted me, and I thought people should know about it; and second, he’s a rather fascinating character and I thought the story would be entertaining.

I would like to keep this up-to-date as an exhaustive record of all things Stanek-related. If you are aware of any inaccuracies contained on the following pages, please do not hesitate to email me at scavokretlaw@gmail.com.

The Life and Lies of Robert Stanek

In an attempt to provide definitive proof that Robert Stanek is responsible for all of the fake reviews that his books have received, here is an in-depth, page-by-page analysis of the entire series. To make it actually enjoyable to read, I mock it as well. 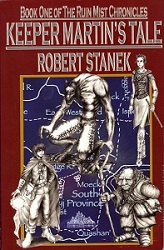 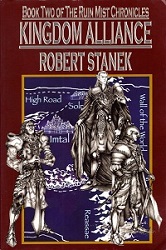 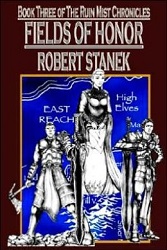 To Robert Stanek: Given how frequently you Google your name, I’m sure you’ll be reading this. Please do not email me posing as a lawyer, it’s not going to work. However, if you disagree with anything you find on these pages, feel free to email me. I will happily post your response, complete and unabridged, next to my own analysis. Furthermore, if you can provide evidence that any of my claims are incorrect, I will immediately take down the incorrect information, explain that I was wrong, and apologize.