Maradonia™ and the Seven Bridges » Part 15: The Powers of Evil Believe in Teamwork

Genarius leads everybody along. They pass some mountains that are called the ‘high plateau of death’. This sounds rather interesting. I’d like to know why it’s called that. Tesch doesn’t bother explaining, though.

After awhile they arrive at Rouganda, which, much like the title of this chapter suggests, has been completely destroyed. Genarius explains that Gertrude and co. destroyed the village, however, due to a miracle all of the children were saved. The miracle was…the powers of evil attacked right after all the children went down to the shore to catch some fish. That doesn’t really sound like a miracle to me. It sounds like a happy coincidence.

Genarius explains that the powers of evil are well-organized and attack in groups. Joey asks him why.

“Joey, you should know better! You crossed with your sister Maya the seven bridges of temptations successfully. You should know that ‘The powers of evil believe in teamwork’!” (page 328).

Is Tesch trying to make these villains as non-threatening as possible? They have their Club of Evil, and they believe in teamwork. Next she’ll be telling us how the villains always use the Buddy System when they go swimming, and they shake hands with the opposing team after a intramural sports event.

Anyway, there wasn’t really a point to this chapter except to reiterate that the Empire is Evil. Although at least Tesch has a one-up on Paolini, because her Bad Guys actually do, y’know, bad things.

Chapter Fourty-Six – The Pool of Blood

Genarius blindfolds everyone except for Maya and Joey. Why? Well that’s actually a really good question. Back when AstroJesus was telling everyone they had to be blindfolded, he was speaking to EVERYONE, and did not specifically exclude Maya and Joey. I think, though, that this is more Tesch being a poor writer than Genarius doing anything untoward. Tesch’s point here is that obviously Maya and Joey aren’t being blindfolded because they are Speshul and the ‘Encouragers’ and as such they get to see the way to the secret hiding place that nobody else does.

Applying logic to the situation, though, this is a terrible idea. The more people who know of this location, the greater the chances of the secret getting out. That’s just simple math. Let’s not forget that Maya and Joey are both reasonably stupid children, and should under no circumstances be trusted with any potentially world-destroying information. The entire reason AstroJesus wanted to blindfold everyone is so Apollyon couldn’t force anyone to reveal its location. Nice going, morons. Hopefully this will come back to bite them in the ass later.

I would like to point out, though, that this entire thing is rather idiotic. They have over 300 people with over 300 horses. That number of people will leave a trail beaten into ground that a blind man could follow. Apollyon isn’t going to need a Ranger to track them to this pool. Don’t worry though…this never actually comes into play.

The men were now walking, holding with their left hand the holsters of the own horse and with their right hand the horse’s tail in front of them (page 330).

This is a really, really good way to get yourself kicked in the face. And it’s called a HALTER, not a HOLSTER. 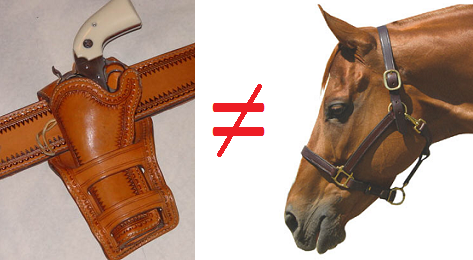 Blah de blah, they walk along through the mountains:

The path was so narrow that the horses and the men had no room for mistakes (page 331).

They walk through the mountains for a bit and eventually they arrive at the pool of blood.

The surface of that lake looked like frozen red glass (page 331).

How can glass be frozen?

Maya asks Genarius if they can lead the horses into the pool as well. Genarius says that that is a BRILLIANT idea and gives them permission and asks them to take his horse in for a dip as well.

Joey took the two unicorns, the horse of General Genarius and led them to the lake (page 332).

The unicorns are intelligent creatures that are capable of speech. You don’t need to ‘lead’ them anywhere, Tesch.

Maya and the few other girls that are there go off to a secluded part of the lake to strip down and take a dip. Maya has to drag Phoenix into the lake to get him completely covered. Calling bullshit on this one. As will be shortly announced, you have to let the liquid completely dry onto your body afterwards for it to have any effect. Any dog is going to immediately shake the water off him after it gets out of the lake. So will the horses, for that matter.

Maya enjoys swimming and diving in the lake and spends three paragraphs expositing to herself about how awesome it is. I can’t help but point out that even if the liquid is not real blood, it’s still called the Pool of Blood and it’s the color of blood and so swimming and diving in it would be extremely disgusting and disturbing.

All the people, the horses and the unicorns of the assembly were now swimming and diving in the lake (page 333).

Good luck getting a horse to dive into a lake of blood. Good luck dunking them, as well.

Tesch randomly tells us about Genarius:

Basically he was a private and quite person (page 334).

I think you mean “quiet”. There’s another drink.

When he saw everybody swimming and diving in the lake he had a big smile on his face (page 334).

Which is really really disturbing, considering that everyone in the lake is stark naked. He does go on to think about how the powers of Evil will be surprised when their weapons don’t work on everyone, but it’s still rather creepy.

Genarius gets worried suddenly and orders everyone out of the lake. Everyone gets out.

Only Phoenix tried to shake off the liquid, but he couldn’t (page 335).

Why not? If the liquid just sticks to you and you can’t get it off, why do they need to spend several pages standing around waiting for it to dry? And if not, then a dog would be able to shake it off. Nice try, Tesch.

Page 336 consists of the vibrations growing even stronger, and everyone getting a little bit more nervous.

Page 337 consists of the vibrations growing even stronger, and everyone getting a little bit more nervous.

On page 338 they finally are dry and grab their clothes and take off and that is that. Yes. Tesch just wasted three and a half pages jacking up tension for no reason.

The Empire is most displeased:

Abbadon, their commander, yelled at the seven spirits, “What do you mean by telling me that you lost the position of this little group of punks led by a bunch of children and this General Genarius.” (page 339)

Heheh punks. Also, there should be a question mark at the end of that sentence.

One of the spirits explains that they followed them to Rouganda, where they were resting, so they left and went to find Abbadon. This is moronic. Why wouldn’t you leave a couple of the spirits to watch the people you’re supposed to be tracking while the other spirits go to fetch Abbadon? Christmas, these villains are incompetent.

Abbadon refers to them as ‘earthlings’, which really doesn’t make any sense whatsoever. The Maradonians don’t refer to their planet as ‘Earth’, but even if they did, everyone on the planet would be an earthling. It doesn’t make sense unless Abbadon was from Mars. Hmm, maybe Tesch is trying to tell us something.

The spirits explain that their tracks vanished at the village, which we’ve already established is bullshit. Abbadon continues to rage:

“The fact is that it is simply not possible for them to disappear with over three hundred people in mid air. We are controlling the air! Only we have the flying saucers! There are no other aliens from other planets horsing around in the air. People believe the nonsense that the aliens come from other planets. Let them believe it! We are the aliens! We are the rulers and the principalities of the air and we know what happens in the air. The fact remains that these three hundred people are not flying somewhere through the air!” (page 342).

This would be a far more dramatic reveal if there had been any indication of flying saucers or UFOs anywhere in this book prior to this page, but there hasn’t.

The spirits explain that they did see thirteen warriors by themselves talking about how they should have gone with everyone else. Abbadon dispatches some spirits to follow them and some more spirits to try and track down everyone else. He then muses on why they would do something random like this.

Despite being an absolute moron, Abbadon seems remarkably grounded in his own shortcomings. Except for the fact that he’s a moron, unfortunately.

8 Responses to “Part 15: The Powers of Evil Believe in Teamwork”