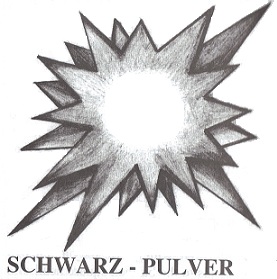 Yes – that is really the chapter title. And wait until you find out what it means!

We open the chapter with a speech from King Genarius:

“After all these celebrations we should not forget that we are in the middle of a war and that there are nearly two million warriors in front of our city who want to destroy our walls and our defense system with a brand new technique.” (page 650)

It’s pretty clear that Gloria Tesch doesn’t have any real idea of the effort it would take to sustain that many men in a single army in a single location. So let’s break this down. Even today, with all of our advanced technology, food preservation techniques, and the ability to bring in fresh supplies by train on a regular basis, having an army of two million men in a single location would be a logistical nightmare, if not flatly impossible. That many men would consume about 6,000,000 pounds of food every day. They would drink 1 million gallons of water every single day – and more if they were fighting. Just to add to the insanity, this is not even two million men gathering in one location to fight a decisive battle – this is a siege. Where are all these people, not to put too fine a point on it, shitting and pissing, day after day after day? In conditions like that, disease will break out very quickly and wipe out a large portion of your army.

Without modern technology, it’s going to be really hard just to maintain an army of even 100,000 men. Having twenty times that number? Flatly impossible.

Also, there is really no excuse for Tesch not knowing this. Medieval logistics are not really my strong suit, but I found out all of this with about twenty minutes of Googling and some basic math.

Anyway, Genarius has visited the enemy’s camp and discovered their new weapons system. And he wants to attack.

“Now is the best time to attack and destroy their new ‘Schwarz Pulver Centers’!”

“What do you mean by ‘Schwarz Pulver Centers’?” Joey asked.

“The troops of the ‘Empire’ have developed a new powder which they call ‘Schwarz Pulver’. They fill this powder with funnels into canisters and if they would place these canisters directly under our walls and ignite them or launch them with a fire arrow, they would blow all of our walls away!” (page 651).

So basically, they’re these:

“Schwarz Pulver Centers? What kind of stupid fucking name is that?”

I mean, if we’re being honest.

I do wonder how these things were suddenly ‘developed’. Abbadon had to know that they were under development, at least. I’m not sure why he would risk his life sneaking into the city to kill AstroJesus when he knew that any day they’d develop little Helm’s Deep bombs to blow holes in the city.

And no, I have no fucking idea why anyone would call bombs ‘Schwarz Pulver Centers’. [Note: brilliant reader Predak points out that in German, schwarz = black and pulver = powder. So the name sounds retarded in both English and German, which is pretty difficult to pull off]

Genarius wants to sneak into the enemy’s camp and set their…not a chance in hell I’m going to keep typing this out…their SPC’s on fire. There’s two locations, and they need to destroy them at the same time, for some reason. Well, for no reason. But anyway, Maya has a Tarnkappe now. Oh yeah, that present AstroJesus gave her? It was his Deus Ex Machina hat. This is how we find out what that was. Tesch just didn’t bother actually telling us at the time.

Anyway. Genarius will visit one area and Maya and Joey will visit the other. Genarius gives them a couple bottles of oil and explains to spray [?] the oil all over the SPC and then set it on fire and then run. But since they can leap tall buildings in a single bound and are basically indestructible I don’t think getting away is really going to be a problem.

Tesch throws in a ‘And so it was…’ and we cut forward to the gate. They open the gate a crack and the three of them slip out. For some reason, the siege that is running completely around the walls don’t notice them.

Invisible, they slip through enemy lines until they get to where the SPC’s are kept.

But there was one thing that King Genarius had not mentioned; there were wild dogs on long leashes at each corner.

These animals, somehow sensed Maya and Joey, even in their invisibility and began growling when they arrived at the place (page 655).

Um…no. These Tarnkappes made Maya and Joey able to pet wild bear cubs. Remember that? I do, Tesch, even if you don’t.

But don’t worry! Just in case you thought that Maya and Joey would have to apply some creativity to a difficult situation…they don’t. The guards think the dogs are barking at a rodent and Maya and Joey just stroll right inside without any problems. They spray oil over the bombs, set them on fire, and run like hell. As they run, there’s an explosion from Genarius’ section. Maya and Joey start to worry and talk about if their SPC’s didn’t explode. There’s some trepidation for half a page and then it explodes. Whew, that was a close one. Could you feel the tension? I could.

They get inside the city and Genarius congratulations them, calling them the Princess and Prince of Maradonia, which is a little odd when you consider that Maradonia is the name of the entire continent. It’s like someone being named King of France and then introduced as King of Europe. But at least it’s not as weird as this next bit.

“Hmm…” said Joey. “I had already forgotten that they had made me ‘Prince of Maradonia’.”

“I didn’t.” Maya said. “Not even a single minute. Today I had my tiara in my backpack waiting for me but tonight I will put the tiara on my head and I will sleep with it!”

Words (almost) fail me. I’m not sure which is more surprising – that Joey has forgotten that he was made a Prince, when he’s been carrying his crown around [?] in his backpack [???], or that Maya has been gloating about it for every single minute and plans to sleep in her crown.

Joey pulls his crown out of his backpack and wonders how much he could pawn it for. Maya lectures him, saying that ‘a prince’ would never do something like that. As if she knows what a prince would do.

Word spreads quickly throughout the city that Maya and Joey were responsible for destroying the SPC’s, but Maya and Joey are already in bed, sleeping.

It’s King AstroJesus’ funeral. Blah blah, he’s carried along in a stage coach drawn by six white horses. Genarius gets up and gives a rather boring speech until the end.

Genarius hauls Maya and Joey up onstage and talks about how awesome and amazing they are for a couple pages and then it’s time. Joey looks at AstroJesus and starts bawling. They’ve know this guy for what? A couple days? They’ve spent maybe a few hours talking to him? And Joey is really this torn up?

They burn AstroJesus’ corpse and scatter the ashes over the Lake Lagoon.

Despite the fact that there are soldiers surrounding the castle that would prevent them from reaching the Lake Lagoon.

Chapter Eighty – Back From the Dead

Apollyon shows up and learns that his SPC’s have been destroyed. Understandably, he is not happy. He screams for a bit. But eventually he calms down and figures out what he needs to do.

It was a very lonely and difficult decision for King Apollyon (page 670).

Poor Apollyon. Maybe he needs to sing the Mother Earth Song to cheer himself up.

He writes Genarius a note asking to come collect his son’s body and dispatches it via raven. Genarius agrees. So Apollyon and his son Plouton and a lot of soldiers come to collect Abbadon’s corpse from the bottom of the wall where it landed. Naturally, Maya, Joey, Genarius, and plenty of soldiers are watching. 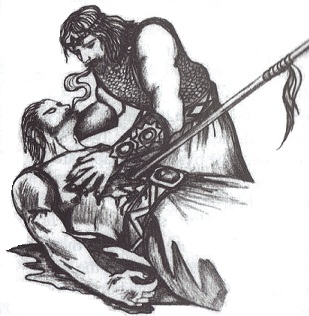 Plouton conjures up a bunch of worms that eat Florie and the dead soldiers, which makes some people throw up.

Apollyon pulls the spear out of Abbadon’s body. He then recites a long poem and touches the wounds on Abbadon, bends over, and breathes the spirit of darkness into his son. Then we cut forward, although Tesch doesn’t make it clear we’re cutting forward. If you read the scene three or four times you can figure out, but Tesch makes it rather confusing. Probably because she’s a shitty writer.

At the end of the three and half days Abbadon wakes up and everyone freaks out. Except his brother Plouton, who knows that his father likes Abbadon more and is not pleased. Plouton immediately starts scheming.

Apollyon bitches Abbadon out and says he expected to receive the Key to the Underworld, but he found Abbadon dead and the sword of the Titans lost. Surprisingly, Abbadon doesn’t even try to point out that while that’s true, he did kill AstroJesus. Apollyon orders Abbadon up and says they’re going to retreat, but in a spectacular fashion.

He lifted up his eyes and his arms doing the storm and at the same time a great earthquake occurred.

The central tower was heavily demolished and the tenth of the city of Selinka fell.

In that earthquake seven thousand men of the army of King Genarius were killed but the City Hall was not touched by the quake (page 674).

Okay. Let me get this straight.

You have spent PAGES explaining in no uncertain terms that the one thing that the Powers of Evil CANNOT, UNDER ANY CIRCUMSTANCES, do, is use their magical powers against the good guys, because if they do, King Roach, FUCKING GOD ALMIGHTY, will intervene.

And yet…Apollyon conjures up an earthquake that destroys a tenth of the city and kills seven thousand men…and nothing happens?

And then…after that…after you have dealt your enemy a crushing blow…you retreat?

I am truly stunned by how little thought went into this book.