Maradonia™ and the Seven Bridges » Part 13: Apollyon’s Club of Evil

After Felipe finishes his dramatic speech it’s quiet for a bit until one of the elders gets up. He introduces himself as ‘Hilton’ and welcomes Maya and Joey:

“I belong to the senate and we salute you Maya and Joey. We bow down in front of you. We honor you and we are honored to have you here. We welcome you from the bottom of our hearts and we appreciate you being with us. We will do everything to serve you because you have served us first by conquering the seven bridges in the ‘Land of Maradonia’.” (page 279).

If you think that greeting sounds like overkill, you’re not alone. I’m not sure why he’s named after a hotel, and I’m also not sure what he means by saying Maya and Joey have served them. The seven bridges were personal tests for Maya and Joey (sort of, more on that later). They haven’t done anything that has benefited the people of Maradonia. One could argue that freeing the unicorns was a good thing, except Sagitta and Cato did that. Everything else they’ve done has only been for themselves. And once you factor in Joey’s test of their army, one could argue that they’ve done more harm than good. A lot more harm than good.

Felipe continues and talks about how Abbadon the son of Apollyon, along with seven other evil doers, is about to be released. This leads into what is probably the single greatest quote of this entire book:

It looks like Apollyon the ruler of the ‘Empire of the Underworld’ will start a total war against us when his son is finally released and will join with his companions ‘Apollyon’s club of evil’ (page 280).

HAHAHAHAHAHHAHAHA! Seriously? The club of evil? Let me guess: do they have an Evil Clubhouse? Evil T-shirts? An Evil Newsletter? In the back of the Evil Newsletter, do they have a list of Evil Pen Pals you can write to? To any artistic minded readers, I will pay good money for a t-shirt that says Apollyon’s Club of Evil on it. Hell, I’d settle for a beautifully designed picture or letterhead.

Felipe doesn’t let up there, though:

“Our information is that Apollyon has called for a general meeting with all his agents to present to him the final ordinance survey map which we call the ‘strategic map’ to fight the war against us (page 280).

So it’s the last authoritative decree comprehensive appraisal of a situation map. I can see why they just call it the strategic map.

Senator Hilton looked at Maya and Joey. “You must not tell us your story again because we are very well informed not only by General Felipe but by ‘King Astrodoulos’.” (page 280).

I love that Hilton tells them, essentially, that he’s not interested in hearing their story again. It’s not even ‘you’d better not’, it’s ‘you MUST not’.

Apparently King Astrodoulos already knows trivial details about them, like about Hoppy and Joey’s teddy bear Fluffy, and even that Joey got Fluffy from his mother when he was three years old. How? He has deeper knowledge, whatever that means.

Hilton has the servants bring out refreshments. Tesch uses the word ‘livery’ correctly, which surprises me, and makes up for it by having Hilton explain that that doorknobs, plates, cups, forks, knifes (not knives), spoons, etc are all made from solid gold. This is rather problematic, because gold is a soft metal. Very soft. A gold-plated utensil would work quite well, and if you didn’t use your utensils for anything harder than soup and whipped cream, it might work, but otherwise this sounds like a very bad idea.

Tesch describes the palace in detail. The walls are “overlaid with red shinning gold” (page 281). Not shining. Shinning. Next, they go into the ‘Hall of Inspiration’:

Two golden cherubim’s were standing at the entrance with huge wings (page 282).

Apparently Tesch is not aware that cherubim is plural for cherub.

Hilton talks for another two and a half pages, mostly listing in excruciatingly detail the lists and numbers of different groups of people. It’s like those sections of the Bible that just spends pages listing genealogies. There’s a reason why no one ever quotes or reads from those parts, and it’s that nobody wants to read them because it’s boring. The same goes for these pages.

Hilton starts taking them across the city towards where King Astrodoulos is. As they go, they ask him about how many people live in the city. Hilton explains that there are the Maradonians, and the original inhabitants, the Gorgonians, who are descended from giants. Apparently the giants came to town and took woman to be their wives. This reminds me of the scene in the Bible where the sons of God start marrying the daughters of man, and their descendants were giants. But I’m sure that’s just a coincidence.

As they ride along, Joey and Maya talk about what King Astrodoulos’s pad is going to look like. Joey guesses bricks of solid goal and the walls covered in jewels. They travel for a bit longer and stop at a stretch of green land with a few fruit trees, and Felipe announces that they have arrived at the King’s estate. Maya and Joey are stunned. Felipe leads them through the trees to a house that’s made of a wooden logs and isn’t shiny at all. They walk inside and immediately notice that the rooms are glowing with a warm light. It’s so bright that they can’t really see anything, until they get inside to where King Astrodoulos is sitting.

There’s even a picture of Him: 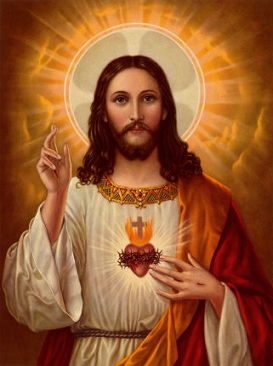 Okay, not really, but I’m starting to get some vibes. Let’s see: Lives in a simple wooden hut. Check. Is unquestionably Good. Check. Glowing with light. Check. Cavorts with doves. Check. Has His pronouns capitalized. Check. Gives people warm feelings in their hearts when they look at Him. Check. Clothed in a simple robe. Check. Knows secrets about people without being told. Check. Wears sandals. Check. It’s not really that subtle. For those who weren’t convinced of this book being a blatant Narnia rip-off…

There’s a description of him, which sounds like pretty much like how any typical modern Christian would describe Jesus.

“I know that you resisted the evil powers when you were tested and conquered the seven bridges of temptation.” (page 293)

Hang on. Seven bridges of temptation? What temptations?

To recap, the seven bridges were:

So yeah. AstroJesus is a moron. It gets really obvious with this next sentence:

“You are still so young and you have already reached such a high level of understanding and knowledge which the majority of your people in your world will never ever reach (page 293).

NO. BULLSHIT. SHUT UP, YOU FRAUD!

Is this girl serious? Has she actually deluded herself into thinking that Maya and Joey have reached a state of self-actualization with intelligence levels above most of the world’s population? Really, Tesch? You really want to go there?

AstroJesus explains that at the exact moment Maya and Joey walked into his house, Abbadon was released from his prison cells. We still don’t know why this happened.

Next, AstroJesus says that they’ve come at the right time. He gives speeches twice a day but people aren’t following his advice. People are deserting every day and don’t have a lot of hope. But he has a plan: he’s going to get some scribes to sit down and write out the story of everything that Maya and Joey have been up to. They will send this story out and it will inspire everyone and raise troops to join their army.

You have got to be kidding me.

Let me get this straight:

Maya and Joey’s story is, essentially, Maradonia and the Seven Bridges. So Gloria Tesch is saying that a character who is for all intents and purposes JESUS thinks that a story that she wrote will be more influential and persuasive than LIVE SPEECHES GIVEN BY JESUS. Yes. She has just said that she can write better than THE SON OF GOD.

The ego of this girl is staggering.