Maradonia™ and the Seven Bridges » Part 8: An Eagle Needs A Push 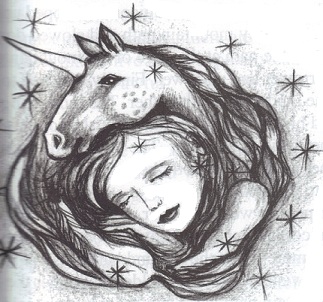 Chapter Twenty-Five – The Dream in the Snow Storm

The picture at the beginning of this chapter involves a girl being awfully…forward…with a unicorn. I don’t want to make any suggestions here, but I haven’t seen an equine look that happy with itself since Clerks II.

Incidentally, this scene never actually appears in this chapter.

Maya thinks to herself about how awesome it is to be riding a unicorn so she doesn’t have to walk anymore. Yeah, you know who is still walking? That’s right, the unicorn. That is now carrying your fat ass. I can’t help but notice that the unicorns never actually offer to carry Maya and Joey.

I’m going to take this as conclusive proof that Tesch has no idea how horses work, because “gallop” and “uphill” and “stony mountain path” should never be used in the same sentence together.

It gets cold. Maya and Joey put their jackets on. You know, glancing back at the scene where they pack, Tesch never actually says they pack jackets. I guess the Mary Poppins bag theory is actually true.

It starts snowing and gets very cold. Hoppy says that he’s going to freeze to death so Joey wraps him in a handkerchief and that is that. Somehow I doubt that will work. I also kind’ve wonder how light jackets will protect them from being on top of a mountain. Let’s not forget, they packed while they were in Florida. In the middle of summer.

Eventually, their path is blocked by snow. The leader of the unicorns, called Imperator, says that they’ll all huddle around and Maya and Joey can lay on their warm bellies. And somehow that just sounds dirty. Although another unicorn thinks it’s a brilliant idea.

Imperator, this is a good plan at the right time. You are indeed not only a patient companion but also a great leader.” (page 149).

Which may or may not be true, but still, that’s no excuse for actually saying it that awkwardly.

The unicorns clean the path of the snow with their hooves, which sounds like it wouldn’t work very well, and everyone lays down and falls asleep. Maya and Joey have an identical dream.

They took their clothes off, threw them aside, jumped into the pool and sank all the way down the bottom of the lake. [snip] The liquid of the pool covered Maya and Joey totally…from head to toe (page 150).

Which is usually what happens when you’re at the bottom of a lake.

It’s very hot at the bottom of the lake and then Abbadon shows up. Abbadon is very beautiful. Maya and Joey wake up screaming, compare dreams, realize they had the same dream, and then this:

“We have to escape from the power of Abbadon and we have to reach the estate of ‘King Astrodoulos’ as soon as possible. He will help us!” (page 152)

How are they in the power of Abbadon? Why do they need to reach the ‘estate’ of King Astrodoulos? Has he been mentioned more than once in the entirety of this book?

The snow storm suddenly stops, which means it’s time to hit the road again. Never mind the piles of snow blocking their path. Yeah, that makes a lot of sense.

Chapter Twenty-Six – The Valley of Imma

They head down the mountain, blah blah, nothing happens, then this:

They reached the green ‘Valley of Imma’ and after they had crossed the ‘Samana River’ at the ‘Samana Fjord’ they saw the first of the three villages (page 153).

Now I’m really convinced that Tesch has no idea what a fjord is.

At the villages there’s a bunch of people, but the only men are really old and there’s no kids past the age of seven. One of the old men explain that every year Apollyon’s soldiers come through and take all the children above the age of seven. Which doesn’t entirely make sense. If the soldiers take away all the breeding men, how are they going to keep the population going so they keep having kids to steal?

Then again, maybe the soldiers just impregnate every woman in the village each year. I guess that works just as well.

The villagers bring out food to feed the unicorns and Maya and Joey. Someone heads off to find the village elder, whose name is Montesalem and who might be over a hundred and sixty years old. Maya and Joey watch all the kids around them:

They loved little children and they remembered how much they missed their youngest brother ‘little Benji’ (page 155).

A skinny old guy shows up, introduces himself as Montesalem, and puts wreaths of flowers around their necks and around the necks of the unicorns. Everyone sits down and they’re welcomed and Maya and Joey start telling the stories of everything that happened to them.

When both of them spoke about the fairies and the walls of fire, the twenty four elders and Montesalem fell with their faces to the table, started to cry and could not stop for a long time. Then they got up from their chairs and bowed down three times in front of Maya and Joey and folded their arms (page 157).

Well that was…random. But then Montesalem kisses their hands and starts hollering about how ‘The Encouragers’ have arrived and the prophecy has been fulfilled and stuff like that. How does he know that they are the Encouragers? Was there as specific prophecy that two kids would show up with a story about leaping through a wall of fire and freeing a bunch of unicorns? And if so, why doesn’t Tesch explain this so there is some reason for a this? Not to mention, why the hell are they crying? If Maya and Joey are the Chosen Ones who will battle Apollyon’s armies and free Narnia from the hundred-year-winter, shouldn’t they be leaping about and cheering? I can understand some old men shedding tears of joy, but not twenty-five people simultaneously face-planting on a table and sobbing for half an hour. That doesn’t make any sense.

I also think it’s unlikely that every single person in the entire village (and the neighboring villages) instantly and without question accept that Maya and Joey are the Encouragers and have been sent to help them out. I’m not buying it.

The elders had sent some runners off to the neighboring villagers and now a couple huge crowds show up. One of them is the village of Kaulana, who are being led by their leader, a chap named Nasser. The other is the village of Arunda, and they are being led by their leader, a chap named…Lawrence. No, seriously. If this was a comedy and the entire concept of Maradonia was being played for laughs, an anachronistic name like this would be funny. Instead, it just sounds stupid. 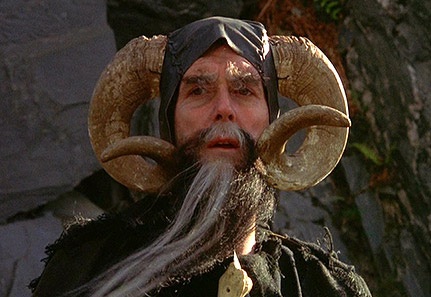 There are some who call him Lawrence?

I’m not sure how to respond to this. I could spend some time delving into how calling attention to something like this is essentially saying that this is not normal within the context of the book, which doesn’t make sense as we haven’t really met anyone yet and therefore have no starting point to make assumptions from. Not to mention that Tesch didn’t draw attention to or even mention the skin color of anyone else in the book, which has some vaguely racist undertones. But I think I’m just going to chalk this one down to Tesch not having any idea how to write. And take another two drinks.

Lawrence says that they believe that they are the Encouragers and the future leaders of their armies. Putting several young teenagers with no military experience in charge of a large army? Yeah, there’s a word for that, and that word is stupid. That sounds like an excellent way to get all of your soldiers killed.

Joey interrupted the old man by laughing out loud and said, “Where are your armies? There’s no one here. When I look around I see only women, babies, and a bunch of senile and very old men.” (page 160)

Which is simultaneously extremely rude and rather accurate, although Joey has no way of knowing that the old men are senile. But it’s yet another subtle indication that Joey isn’t really fit to be either an Encourager or lead an army.

Maya reacts by backhanding Joey across the face. No, I’m not kidding. She orders him to apologize:

“You should be ashamed of yourself with your disrespectable attitude. Say sorry!..and I mean it or you’re going down!” (page 160).

Ah, leadership. And that should be ‘disrespectful’, Tesch.

“Yes,” said Montesalem, “Sometimes even an eagle needs a push and sometimes a leader forgets that he is a dealer in hope.” (page 160).

Montesalem starts explaining that they’ve been hiding their kids and young men in the deep jungles of the hinterland. I’m surprised that Tesch is actually using hinterland correctly, even though that word sounds incredibly out of place in a children’s story. Even when Tesch uses words correctly she’s using them incorrectly.

While Montesalem is talking Maya looks at a well and sees three young men peaking from behind the well. I think Tesch means peeking.

Maya and Joey stepped forward with a sense of honor. “The right thing is to fight for the right purpose.” Maya said, “And if you will accept our help in this fight against evil we are willing to go with you and stay on your side as your commanders.” (page 162).

I like that they don’t even mention that they’re unqualified for the position. Or have no idea how to lead an army. Or how to do anything, for that matter. Maya and Joey just instantly accept the position because they feel that they’re entitled to it. Or that they can do it. Both of these are enormously arrogant and completely erroneous opinions.

Joey shouts to everyone that he plans to test the army at the lagoon. Why? I have no idea. Maya asks him what he’s planning on doing at Joey tells her to trust him. Maya does. He just insulted three separate villages in one sentence. What the fuck is wrong with you, Maya?

Montesalem tells the black guys to gather everyone together, equip them, and have them meet at the Lake Lagoon. Which is the stupidest name for a – whatever it is – that I’ve ever heard. Anyway, once they’ve gathered there the commander of their army will hand his command over to Maya and Joey. The commander’s name is Justin. Not making this up.