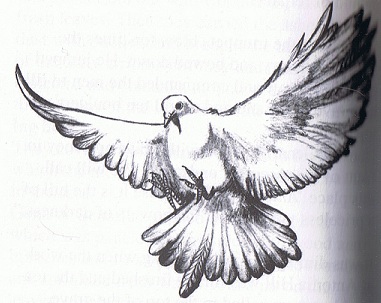 We now join Felipe and his riders who have just appeared at Selinka:

The people’s excitement went up swiftly when General Felipe told them what happened at the foothills of the ‘Corner Stone Mountain Massive’.

The story spread like a thunderstorm over the whole city when they heard how the assembly of King Astrodoulos withstood the enemy and how they defeated Abbadon’s powers in this historic moment.

But when the people at the market place heard from the lips of General Felipe exactly how irritated and confused Abbadon was after his defeat (pages 368-369).

It’s pretty obvious that Tesch really doesn’t have a good grasp of the English language when she throws words like ‘but’ in there between two sentences that are saying the exact same thing. It’s even more obvious when she uses adjectives like ‘irritated’ to describe her main villain in a complete panic. And it’s really, really obvious that she has no idea how to write when she names a mountain range the ‘Corner Stone Mountain Massive’. Seriously.

Tesch throws in yet another ‘And so it was…’. I can just picture her coming up with this for the first time about halfway through the book. After patting herself on the back and giving her reflection in a nearby mirror a high-five, she resolved to use it at least once a chapter because it’s so epic, like Narnia.

Felipe sees some ravens flying around and realizes that they are spies of Abbadon listening in. So he orders his archers to shoot them. Wait, no. Instead he goes in to give a report to the senate. Okay, wait, I see what he’s doing here. Felipe is going to spread a little disinformation. He knows Abbadon is listening in, so he’ll tell the Senate some bullshit story to throw Abbadon off the trail. I have to hand it to Tesch – wait, what? Oh. Never mind. Yeah, Felipe just tells the truth.

General Felipe saw two ravens sitting in front of the windows when Senator Hilton said “Let us prepare a glorious reception for our Encouragers Maya and Joey and for our good General Genarius who led the assembly by the order of King Astrodoulos to the place of blood to be invincible and untouchable by the powers of darkness.” (page 370)

This isn’t the most blatant “As you know, Bob” of the book, but it’s in the top three. There is absolutely no reason for him to say something that everyone in the room already knows. Really, Tesch? You couldn’t think of a better way for the ravens to learn this information?

I would comment on the utterly astonishing stupidity of General Felipe to give a report to the Senate when he KNOWS that the enemy is listening in, but everyone in this book is so intensely stupid it’s really not that surprising anymore.

The ravens fly back to Abbadon with the news. Tesch also lets us know that AstroJesus sent some of his doves to Abbadon’s lair to spy on him. The doves are hiding next to Abbadon’s water park. I would make a joke about this, something about how the Powers of Evil practice their Teamwork at a water park, but it turns out that Abbadon built the water park to hold the mermaids he kidnapped, so I guess that’s suitably Evil.

They make it back to Selinka and there’s a feast awaiting them. Tesch lets us know that Maya and Joey were already celebrities but now they are…

the highest superstars in the ‘Land of Maradonia’ (page 374).

Wait, you’re saying that Maya is a Mary-Sue author insert? No way. It couldn’t be.

“That’s weird!” Maya said, “I have never seen something like this before. I could swear that General Genarius touched his helmet or his head and vanished just in front of us!” (page 375).

Joey immediately tells her that she’s silly and there’s no sign that Genarius has any magic, which basically means that yes, Genarius has magic. This is about the tenth time this has been used in this book. The siblings take it in turn being the person who says “Don’t be silly, that couldn’t possibly happen” right before they are astonished. It’s smacks of character inconsistency and poor writing, but come on, this is Tesch we’re talking about here.

Some carriages arrive to pick them up. Maya and Joey insist on bringing the fishermen from the Muraco swamp with them. Yeah, the people who tried to murder them are now their best friends for some reason. I’m guessing it’s because Tesch gave them names.

The carriages take them down up to in front of the entire assembly. All the elders bow down in front of them. Then Maya gives an impromptu speech. I’m dead serious. No preparation, no warning, nothing. In fact, she wasn’t even asked to speak. She just turns to face the crowd and launches into a speech that lasts for two and a half pages. It’s about nothing in particular, and of course it’s not all that well-written, but it stirs all of the officers up and gives them inspiration and hope and everyone gives her a standing ovation when she’s finished. Of course.

Senator Hilton announces that they’ve been made honorary citizens and gives them a wreath of flowers to wear. He then presents them with a ten-pound model of the City Hall made of gold. Joey accepts his and immediately wonders how much he could sell it for, which is both funny and further proof of his complete idiocy. Maya does tell him that he needs to think before he speaks, at least.

Everyone eats and then a summons arrives from AstroJesus, so Maya and Joey head off.

They arrive at AstroJesus’ pad and Genarius is waiting for them. They head inside and sit down and eventually AstroJesus explains that his time is coming to an end, and he’s named Genarius as his successor. AstroJesus calls in his twelve servants to witness and explains that he is going to die soon and it is his command that Genarius will be the next king.

AstroJesus further explains that one of their own is going to betray them. Genarius blurts out that that is treason, which, sadly, isn’t even in the top twenty most obvious statements within this book. He then asks why someone will betray them.

“Genarius listen: ‘Power, Fame and the love for Money’ is the root of all evil. This is the reason for the treason and Abbadon plays hardball. He ‘promises the world’ until he can get somebody on his side and he pays any price to get what he wants. Let me explain this with a picture: ‘Abbadon steals money from ‘one person’ to give it to ‘another person’ when ‘this person’ is willing to follow him for that amount of money.’” (page 385).

I have no idea what the fuck that means. But I do want a t-shirt that says ‘Abbadon plays hardball’ on it.

AstroJesus sends everyone out but the three of them and says they need to support each other in everything they do, which is a terrible idea. Knowing these three idiots like I do, they need to be able to tell each other when they’re doing something stupid and not support moronic decisions.

Anyway, AstroJesus tells a boring story. The point is that King Roach gave him a gift of three tarnkappes which are white linen caps that turn you invisible. He has one, Genarius has one, and he decides to give the last one to Joey. Yes. Joey was just given an Invisibility Cloak.

Interestingly, tarnkappe is German for ‘magic cap’. No, I don’t know why people in Maradonia are using German words.

But…it’s MORE than just an invisibility cloak. You see, when Joey puts it on and then takes Maya by the hand, Maya becomes invisible as well. Also, it messes with gravity. So while wearing it, you can jump for a mile. Yes. They now have the ability to take a mile-long-jump. I don’t know for certain, but I guess it also gives them the ability to land without shattering both of their legs.

Abbadon is terrified when he gets back because of what his father will say. So he hides in a tower. Apollyon is not pleased and sends some servants to fetch him down. Eventually Abbadon shows up with all his underlings, and Apollyon greets him:

“When I look at you I wonder why you come to me with such sad faces. What is the reason for your depression? What happened to you? Tell me all about your last crusade. I cannot wait to hear about your success stories and your great victories against our enemies who think that they are better then us.”

Abbadon bowed his head and could not look directly into his father’s eyes. Neither did his team (page 396).

You’d think Apollyon would realize that sad faces, generally speaking, doesn’t equal a success story. I guess he’s not that sharp. Also, that’s ‘than’, not ‘then’. Also, yay, Abbadon has a team! I bet they have a team cheer too, and maybe a secret handshake.

Abbadon spends a couple pages explaining everything which of course the reader already knows so this should really be summed up as ‘Abbadon told his father everything’.

Apollyon says that this is very interesting and tells everyone to come back tomorrow after he’s had some time to think.

Chapter Fifty-Four – The Fall of the Mountain Gamma

Apollyon does some research but can’t find anything. Finally the ravens show up and tell him what they know about the pool of blood. Ahhhh…I think I’m starting to put things together now. Maybe Felipe is the traitor AstroJesus was referring to, and that’s why he didn’t do anything about the ravens.

Anyway, Apollyon whips out his books and starts searching. He then talks to himself for two solid pages. Eventually he puts everything together and realizes the general area where the pool of blood has to be and also figures out King AstroJesus’ one weak spot on his shoulder.