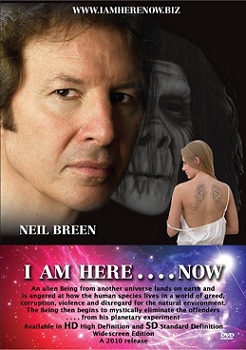 Ah, I Am Here….Now. Four ellipses and all. This movie stars and was produced, written, directed, and catered by Neil Breen. Who is Neil Breen? Glad you asked. His one other feature film is Double Down, which will be featured on this site when I’ve finished recapping it, but his day job is working as a real estate agent in Las Vegas.

This movie was released in 2009 but didn’t really get noticed until late 2010/early 2011, despite winning a number of independent film awards, according to the official website. A trailer was cut together by someone at Cinefamily and it quickly spread around the interwebs, with many proclaiming it to be one of the worst movies of all time.

I’ll be honest with you: this movie is awesome. I strongly recommend you head over to the official website and purchase the DVD, which is surprisingly affordable, and a perfect addition to your collection… if you’re a fan of really, really bad movies.

Don’t get me wrong: I Am Here….Now is an absolutely terrible movie. Worst of all, it’s incredibly boring, bogged down with endlessly repetitive stock footage, long, panning shots of the desert, and a driving scene that reminds me of Manos: The Hands of Fate. Despite this, there are enough unintentional moments of hilarity to make it worth the twelve bucks.

Unfortunately, there really isn’t a lot I can say about the process of making this as there isn’t much information that can be found anywhere.

Apparently, most of the cast and crew are Neil’s personal friends, along with a few amateur actors, a couple models, and of course Neil himself as the star.

On the one hand, I can appreciate the amount of work and time that went into creating this movie. Neil is obviously a very driven individual who has a lot of things he wants to say and has chosen filmmaking as his medium for talking about what’s important to him. As an aspiring filmmaker and film student, I can appreciate just how hard it is to write, produce, direct, cater, and star in an eighty-six-minute film.

On the other hand, Neil Breen should not be allowed anywhere near a video camera. He may have the best of intentions and he may be convinced he is creating a work of great art, but he has absolutely no idea how to make a movie. Everything in this film reeks of incompetence. The dialogue and script is atrocious, the directing is mediocre at best, and I’ve seen better acting in grade school productions.

But where this movie really fell apart was in the editing and post-production phase. For some reason, Neil decided to insert dozens upon dozens of stock footage shots into the film, usually completely unrelated to whatever is happening, and to reuse the same shots over and over again. He also repeats his own footage several times throughout the movie.

Events happen that are completely unrelated to things that have happened just before. There is no discernable plot to follow. Basic continuity is thrown down and danced upon. The way this movie is put together just does not make any fucking sense.

I’m not saying editing could have saved this movie. William Goldman as script doctor could not save this movie. It’s not capable of being saved. However, just going through and trimming out the random stock footage shots would help a lot. It would also cut a good thirty minutes from the film’s length, which already runs a lean eighty-six minutes.

I should probably note two things that are actually good about this movie. The music is pretty good, especially considering it’s generic, stock music from stockmusic.net. Second, the two female lead “actresses” (note the quotation marks) are quite attractive, and the movie makes no attempt to hide that they’re there for titillation purposes. Admittedly, you only see the side of their breasts, but then again, you see the side of their breasts in almost every shot of the movie. It’s not enough to redeem it, but it does make sitting through it a little easier.

We open with a shot of stock footage as we slowly fly through a CGI star field. After a shot of two CGI moons hovering in the CGI sky, we cut to stock footage of the clouds with sunlight pouring down. It feels a little like the clouds are about to open up, revealing God himself. Instead, with a burst of dramatic music, we get the title: 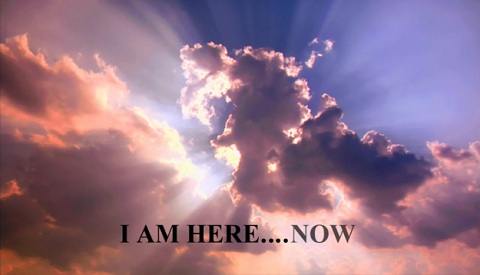 A computer-generated comet streaks over the desert. Cut to a slow shot where we skim across the desert while the opening credits fade in and out. Neil Breen, as the star, is credited alone, and the entirety of the rest of the cast is jammed together on a single page.

As Neil’s written, produced, and directed by credit appears, we cut to a shot of an enormous desert valley and start one of the camera operator’s favorite filmmaking tricks used in this movie: the agonizingly slow pan to one side. Twenty-four seconds of seeing nothing but a barren desert.

Finally we cut to a new shot of the desert ground, and pan up this time, revealing a skid path of the comet, which is about an inch deep and maybe five feet long, which seems remarkably small. Hilariously, there’s no attempt to hide the clearly visible tire treads here that were evidently left when they drove out to film on location. 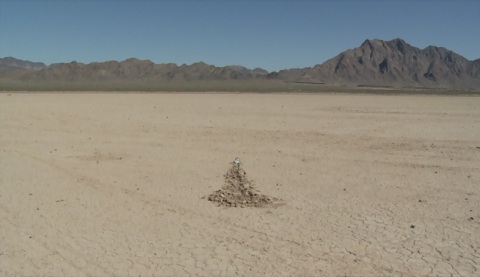 After another fifteen seconds or so we cut to another shot, this time panning to the left again….of the exact same thing. Then we cut to ANOTHER SHOT – this one a close-up – of you guessed it, the skid path in the desert, as we slowly pan to the left. Finally we rest on the glass sphere at the end, which is pretty obviously a cheap snow globe. A small red dot flickers around the base for the second. It looks a bit like a laser pointer, or maybe it’s just a reflection off the cameraman’s watch.