As GTesch has matured we’ve actually seen some….well, maturity. Sort of. Yeah, there was the passive-aggressive insertion of swankivy into an impressively shitty music video, but Team Tesch seems to have moved on from putting their books on the bestseller shelf at local bookstores, paying people to pose as fans, and creating fake news segments, and now mostly works at trying to extract money from investors through disastrous IndieGogo fundraisers.

And yet….somehow…despite her busy career as an actress/screenwriter/director/producer on her film, and not writing or publishing the final book in the Maradonia Saga even though all her promotional material says it’s been published, and let’s not forget her budding career as a music video cover artist or as a model…Gloria Tesch still finds the time for some self-promotion.

So let’s take this website. The title is “Upcoming Celebrity”. Subtle. It has exactly 1 post on it, and that post is entirely devoted to the awesomeness that is our friend Gloria Tesch.

Let’s examine this, shall we?

“Residents in the Florida area recognize her as the next Stephanie Meyer, or J.K Rowling.”

“The title, “World’s Youngest Novelist” has been given to her by many in 2008, although there has been much debate about the exact time she has written and published her first novel, Maradonia and the Seven Bridges. Going back to dates and facts about this claim, we can confirm that she carries this title.”

The title “World’s Youngest Novelist” was given to her by herself. Going back to dates and facts, we can confirm that she is unequivocally not the world’s youngest novelist.

“After about forty pages in, she dropped the story, stating that she had a horrible “Writer’s Block”. (Writer’s Block is a common term used by writers to describe the loss of ideas in a story.) “

“At only thirteen, Gloria Tesch was a motivational speaker, inspiring children all over the United States.”

Uh…okay? If this actually happened, I would expect Team Tesch to be milking it for everything it’s worth. How many motivation speeches has she given? Or are you referring to her godawful YouTube videos?

“It’s no wonder that in 2012, Gloria received the title, Valedictorian ’12 of her school, giving a mind blowing speech to hundreds.”

HAHAHAHAHAHHA. Awesome. I have no idea if Gloria Tesch was named Valedictorian of her high school graduating class, nor do I care. But really, Gloria? It was a mind-blowing speech? Was that what CNN was reporting after you finished speaking? Or is that what your parents told you afterwards?

The best part of this is that she’s trying so desperately hard to make it appear as if this is being written by some professional journalist. Hell, the name she chose to publish it under was “NY” which is a plea for legitimacy if I’ve ever seen one. But really, what journalist, or hell, even self-respecting blogger, would give a fuck about someone’s valedictorian speech, much less report it as “mind blowing”?

That’s seven novels, not six. And the last two HAVE NOT BEEN FUCKING PUBLISHED. THEY ARE NOT AVAILABLE FOR SALE.

“At eighteen, Gloria still continues writing. She let her Twitter followers know in 2013, that she is working her next series (separate from Maradonia). Not much information has been given on details, but she has stated that it continues the same genre of fiction/fantasy.”

Awesome. The fun will never end.

“Modeling, photo shoots and professional promotions fill up some of her extra time, if any time. But Gloria stated that parts of the modeling industry is dangerous to a young woman with strong faith in God.”

Right. For example, when they overly sexualize a 17 year old girl? 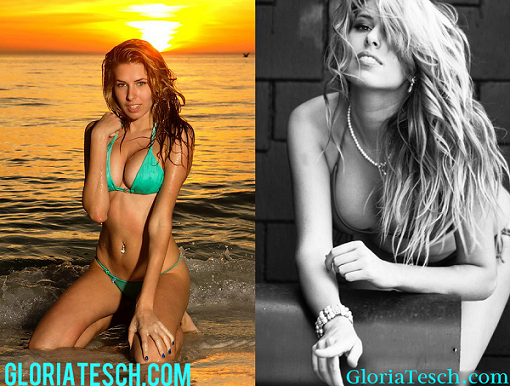 Yeah, I can see how that might be a problem.

“On 12-12-12, Gloria directed the opening scene of the Maradonia Saga. She slowly grew into the role of Director/Producer of the film Maradonia and the Seven Bridges.”

That’s not really how it works. You don’t “grow into” the role of directing and producing a film…unless, of course, the previous directors have all quit because they were not being compensated.

Gloria Tesch, ladies and gentlemen. She’s the gift that keeps on giving.