Anastasia wakes up and Grey is asleep next to her. We get a lengthy paragraph of her pondering just how ridiculously attractive he is.

So she puts on one of his shirts, has a tinkle, and eyes her reflection in the mirror. Her subconscious is giving her what for, and it actually kinda makes sense.

So you’ve just slept with him, given him your virginity, a man who doesn’t love you. In fact, he has very odd ideas about you, wants to make you some sort of kinky sex slave (page 126).

She doesn’t run. Because she’s bewildered and confused. Seriously.

She remembers that Kate is probably worried about her, so she finds her phone and there’s a series of increasingly worried texts from Kate. Three, to be precise. Methinks Kate wasn’t really *that* worried. Anastasia leaves a voicemail on Kate’s phone, plugs in her iPod, and heads into the kitchen to cook some breakfast. We’re then treated to a lot of text about her cooking, presumably because of how often Bella Swan cooks.

Then Grey shows up.

Just-fucked hair really, really suits him, as does his designer stubble (page 127).

She finishes cooking and they sit down to eat with some playful banter:

“I wonder if we should continue your basic training.” (page 129)

He bitches at her to finish her breakfast, so she asks what the fuck is his problem. I’m paraphrasing of course: that’s what I would say, but Anastasia asks what it is with him. Grey says he has issues with wasted food. Well, naturally, like most billionaires, he must have a problem with wasting anything. So, instead of calling him out on projecting his own psychological hangups onto other people, Anastasia decides she’ll just be careful not to overload her plate in the future and chows down. When they’re done, Grey starts picking up dishes. 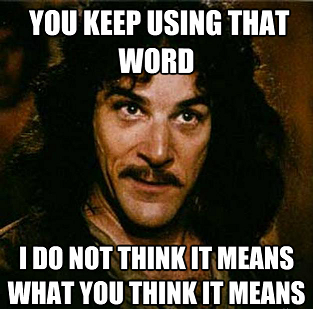 Kate calls, and starts asking Anastasia if, you know, she and Grey did it. Anastasia skirts the issue and hangs up. Then she asks Grey if the NDA she signs prevents her from talking to Kate about fucking. Which is why you should read NDAs before you sign them. And, although I’m not a lawyer, nor do I play one on TV, I’m pretty sure that an NDA cannot legally keep someone from talking to a friend about their sex life, regardless of whether they signed it.

He asks her how last night was, and she says it was good. Turns out he enjoyed it, which was surprisingly, because he’s never had vanilla sex before.

They take a bath together. He washes her, slowly, and it’s absolutely amazing. Downright heavenly, in fact. Eventually he gets to washing her naughty bits, which makes her groan with pleasure.

“Feel it, baby,” Christian whispers in my ear, and very gently grazes my earlobe with his teeth. “Feel it for me.” (page 135)

But he stops before she orgasms and then says he needs washing too. Well. That’s kind of a dick move.

Anyway, the washing doesn’t really last long. He has a hard-on that would make Mr. Darcy jealous and after giving him a bit of a handy, Anastasia remembers about him wanting to fuck her mouth, so she heads downstairs.

Hmm…he’s hard and soft at once, like steel encased in velvet, and surprisingly tasty – salty and smooth (page 136).

I’m going to ignore the fact that smooth isn’t a taste in favor of looking at the line ‘steel encased in velvet’, which is sheer brilliance.

Which is almost as good as this:

My inner goddess is doing the merengue with some salsa moves (page 137).

I had no idea James was also a fan of the salsa dance!

She swallows and that is that. Then they move into the bedroom because he owes her an orgasm, which seems fair. He asks her if she trusts him. She says yes. So he fetches a gray tie from the closed and ties her hands together.

He runs his fingers down my pigtails.

Then we get about three pages of him making out with various parts of her body. It starts with her neck, moves to her torso, then down to her feet, then…up.

“Do you know how intoxicating you smell, Miss Steele?” he murmurs, and keeping his eyes on mine, he pushes his nose into my pubic hair and inhales (page 141).

He chows down on her lady parts, she comes, they have sex, it’s amazing, and then they have ANOTHER simultaneous orgasm. As they lie there, basking in their postcoital glow, they hear voices from the hallway of someone asking where he is. Grey is horrified. Because…it’s his mother!

Grey pulls on some clothes quickly and tells Anastasia that she can borrow any of his clothes to wear so she can meet his mother. He heads out to intercept her. Anastasia gets dressed quickly and heads out. His mother is there, and she’s named Grace Trevelyan-Grey. The narrator tells us that she’s a doctor. Wait. How the fuck does Anastasia know that she’s a doctor? I’m pretty sure that hasn’t actually been mentioned at any point in the story.

Her phone rings, and it’s Jose, who wants to apologize for his behavior. Anastasia says she can’t talk now and hangs up. Grey’s mom has to take off, so she bids Anastasia farewell and peaces out.

Taylor, Grey’s associate, pops in and says there’s an issue with the Darfur shipment. Grey leaps into action with his Blackberry to check emails and make important phone calls. He finishes up and says he’ll drive her back to Portland.

“I’ll just make a call,” I murmur. I just want to hear Kate’s voice. He frowns.

“The photographer?” His jaw clenches and his eyes burn. I blink at him. “I don’t like to share, Miss Steele. Remember that.” His quiet, chilling tone is a warning, and with one long, cold look at me, he heads back to the bedroom (page 148).

Wow. It suddenly feels like Anastasia is in an abusive, controlling relationship. This is Twilight fanfiction!

They get in one of Grey’s expensive cars and head out. On the way they stop at a restaurant. Anastasia wants a diet Coke but Grey orders a couple glasses of Pinot Grigio. And as we all know, men refusing to let women do what they want is very romantic.

Grey says his mother likes her, mostly because she always thought that he was gay. He reveals that there’s been plenty of firsts for him recently:

“I’ve never slept with anyone, never had sex in my bed, never flown a girl in Charlie Tango, never introduced a woman to my mother. What are you doing to me?” (page 153)

She asks about him never having vanilla sex. Grey explains that one of his mother’s friends seduced him when he was fifteen, and that he was her submissive for the six years.

They have food, Anastasia loses her appetite, Grey is creepy threatening with making her eat. He takes her home, drops her off, and she heads inside to Kate, and there’s the requisite scene where she asks how it was and Anastasia explains that it was awesome. Kate explains how her first time was terrible, which, yeah.

They talk for a bit. Anastasia opens some mail. She has a couple interviews at publishing houses in Seattle. I wonder if Grey pulled some strings?

Jose calls her, apologizes again, and then immediately turns into a nosy, passive-aggressive douchebag. I’m guessing he’s supposed to be the Jacob of the story, since he’s sounding more and more like the character after Meyer pulled a character assassination.

Eventually Kate goes to bed and Anastasia heads into her room. The manila envelope Grey gave her is in her purse.

Do I really want to know the depths of Christian Grey’s depravity? It’s so daunting (page 164).

This is the quality of writing that turns into worldwide bestsellers. Sentences like ‘it’s so daunting’.

One Response to “Part 6: Steel Encased in Velvet”