We rejoin Noman at a gap in the mountains. Noman spends a moment or two pondering exactly what the hell just happened and arrives at the conclusion that it was a “twisted game”, probably by Sathar the Dark (who I think is supposed to be Dark Lord of this story) and it was probably meant to divert attention away from something else.

Momentarily satisfied by the sense that something would be revealed soon (page 111).

I had that hope once, Noman. Many hundreds of pages ago.

Xith is rapidly bleeding out, but he asks about Vilmos and apparently…Vilmos is now dead. Wait. What?

Okay. Hang out. I need to go back a few chapters. Bear with me.

Okay, I’m back. Apparently Vilmos is dead and I missed that the first time.

That is the kind of writer Stanek is. He will kill off a main fucking character and most readers don’t even notice.

So flashing back to chapter seven, which is easily the chapter I’ve hated the most out of anything that Stanek has written, so I really didn’t enjoy reading it again. It’s a 14-page fight scene, which Stanek is exceptionally bad at it. It’s kind of like…. 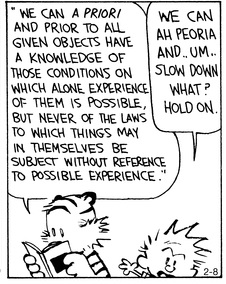 Like this. Sure, you might understand each separate word, but put it together and it’s an incoherent, incompetent mess that you need to read four times and you still probably don’t understand what it means.

A sphere of brilliant blue-white light enshrouded a body, radiating, pulsating, when the power grew to its strongest in a dazzling array that when sent racing towards his foe turned night into day as opposing forces met in full fury (page 94).

Its misshapen form was a mass of arms and legs, blocking out the light of the moon and the stars from the sky while the tips of its leviathan wings beat against the edges of the dome sending shards of stone showering downward (page 94).

Their thoughts wandered momentarily to the fallen form of a small boy, which lay partially buried beneath the rubble around them (page 95).

Yep. Vilmos gets killed off-screen and none of the other characters even notice. Then, when they finally see his corpse, they only think about him momentarily. Nobody reacts. I have a feeling that everyone else hates Vilmos almost as much as I do.

Anyway, flashing back to present. Xith ekes out that he lives conveniently nearby and they could recover from their wounds at his place, which they agree is a splendid plan. Xith passes out. Noman reads Xith’s mind and finds a hidden entrance to the “fallen city of Ywentir”. It’s your standard fantasy fallen city. It existed a long time ago and it’s hidden and only accessible to some smart people.

They toss Xith on a stretcher and roll out while Stanek paints a picture:

Yeah. I can’t visualize anything based on that.

Noman thinks about some of the history, which is the vague, nonspecific type of history from authors who think they are being super mysterious to cover up the fact that they have no imagination:

Ywentir with its protective maze had succumbed by a different means than its ill-fated sister though it too had eventually fallen; yet as Noman well knew, for he had been there, Tsitadel’ had never fallen, though its survival had been by the barest of margins and through means perhaps darker than even the dark forces would have levied against it (page 114).

Gentle reader, if you ever write a book yourself, do not do this. Write using actual, specific details. This is Writing 101. It’s the difference between writing “The man looked unusual” and “The man had greasy, slicked-back hair, a pencil mustache, and a thick scar across his left eyebrow.”

They walk along for a bit until they see a glowing ball of heavenly light. That’s actually how it’s described. It comes down and lands in front of them and a young man and a beautiful angelic woman step. Stanek takes a moment to describe her outfit:

Although it left little to the imagination, did not taint the pureness she emitted – an impure thought would have been impossible (page 115). 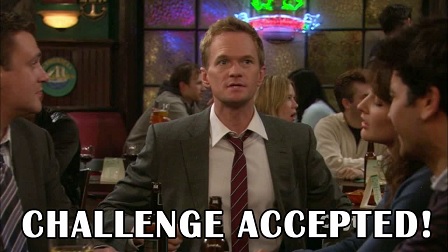 And the kid is Vilmos, of course, who is no longer dead. He looks older and matured and the “wild magic”, whatever the fuck that is, is no longer in him. Hooray?

The pretty lady heals Xith and Ayrian and Noman and takes Vilmos by the hand and leads them off through the wilderness. Darkness begins to fall and they’re all worried because if it gets too dark the Enemy can attack them, kinda like in Lord of the Rings

. They get into a canyon and at the far end, halfway up the cliff-face, is the secret entrance. It’s a little tense but they all make it okay and the pretty lady leaves. They wander through an underground labyrinth for a while until they find a set of double doors that open at a password, kinda like in Lord of the Rings. And inside is the city of Ywentir! Hopefully, they’ll find older and fouler things than orcs in the deep places of the world.

In a strange twist, King Andrew’s death hasn’t been completely glossed over. The palace is locked down (although we’ve seen how atrocious their security is) and they have people taste everything before she eats or drinks.

Isador could tell something was troubling Adrina (page 122).

Like that her father died a few days ago?

Adrina asks Isador what’s going on, because apparently she’s too dense to figure it out. Your father suddenly and randomly died, spitting up blood, and now people are tasting your food before you eat it. It’s not rocket science. Isador says she can’t tell her. Adrina begs.

“It is the poison I am concerned about,” whispered Isador. [snip] She said nothing further, for she knew she had said too much already (page 123).

Naturally, Adrina has no reaction to the news her father was murdered, although to be fair she didn’t react much to his death, either. There’s a commotion out in the hallway and she demands to be let into a secured area. The guards refuse and she tries ordering them like she does all the time. It doesn’t work and they drag her back to her room.

She threatened to have them all hung; they insisted they only acted on orders (124).

And there’s the bitchy Adrina we all know and despise. I’m not saying she’s King Joffrey, to be clear, just that they would make a great couple.

Later she calms down and apologizes, for, you know, threatening to kill them.

We skip over to Chancellor Yi who has heard that Sister Midori is there and causing problems. He wanders around, following the sounds of verbal abuse until he locates the source.

“I order you to allow me passage to my ancestral home! By right of birth, I am The Princess Delinna Alder, second daughter of King Andrew, king of the entire realm. I will not wait!” (page 125)

Now I know where Adrina gets it from. Although it’s been clearly established Midori had been banned from the capital. Why is she surprised that she isn’t allowed inside?

Midori calls them “piss bugs” (seriously), describes what it’s like to be beheaded in graphic detail, and calls them “miserable slugs”. Eventually Yi shows up and calms the guards down and has them let Midori inside. The guards are freaking out because…I don’t know why, really.

“I have a wife and two of the cutest little boys you ever did see,” quietly spoke the man, nearly in tears.

As the chancellor ushered her party in, Midori whirled around and lunged at the first man. She stopped, touching her outstretched finger to his throat.

“Now, now,” chastised the chancellor, “there is no need for further harassment.”

Midori laughed and walked on (page 127).

So a guy is terrified that he’s going to be killed for doing what his king commands and leave his children fatherless…and Midori taunts him.

Midori really is a cunt.

She gets back to her chambers with the other priestesses. We learn her official name is “Sister Midori-shi of the Eternal Flower”, which is hilarious. Apparently she’s named after a city in Japan. I do wonder how someone so thoroughly unpleasant hasn’t been kicked out of the priestesshood, with whatever the hell they are trying to accomplish.

Probably because she’s such an unpleasant person.

They’re sad for a bit, and the chapter ends.