So Dennagon – well’s let’s clarify, since the book’s naming scheme is incredibly annoying and confusing for people.

Dennagon is the “hero” for this book.

Drekkenoth is the Evil Bad Guy.

Dennagon takes a moment to mourn for Lyconel. He thinks about how she was constantly thinking and dreaming and answering questions, even though we haven’t seen any evidence of that. Eng then really hones in on the emotion within the scene, letting us experience the pain of a comrade’s passing alongside Dennagon:

In her constant search for certitude, she had deceased without an answer, falling with the same uncertainty that impelled her every contemplation (page 299).

Our hero continues inside to the central core.

The intense light harrowed him, flaying his metal plate armor off his body with every step he took, but he did not back down (299).

Light intense enough to flay plate metal would also be enough to cause him lethal harm in a very short time frame. This doesn’t happen.

We skip forward to a room with mechanized parts and circuits and computers covering everything. In the middle of the room, a mobius strip is spinning and emitting silver rays, which is…weird. Dennagon pops in, exhausted and in severe pain, and asks his two remaining questions:

Which is…odd, really. Were I in that situation, I’d probably ask “What is the true purpose of the Lexicon?” and “What the fucking fuck is going on?”, but probably not in that order. Asking what place you’re in and when you are seems pretty pointless, especially since someone might respond “A room. And right now.

The place does seem familiar, though, like he’s visited it in his dreams, and Dennagon has a feeling the Lexicon is somewhere in the chamber. He spots a book hovering in the center of the spinning mobius strip. 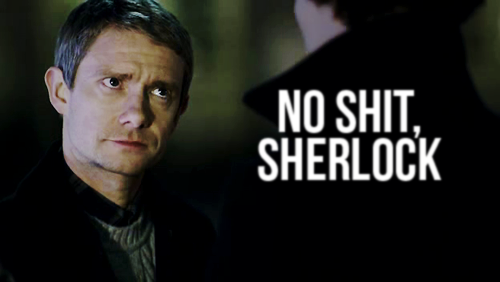 Really? You don’t say? You’re searching for something called a LEXICON and you see a book hovering in midair inside a spinning glowing mobius strip, and that mystifies you, but you still think that’s gotta be it?

A few bad desert metaphors later, Dennagon heads toward it, but all the frozen technodragons in the room come to life and attack. It plays out like a badly choreographed professional wrestling match:

He kicked it away with a roundhouse jump kick (page 302).

As it struggled in midair, he leapt on top of it, crashing down all his bodyweight (page 302).

He then sized ity by the legs, jerked it down under his legs, and pile drove it back to to the ground (page 302).

Dennagon somersaulted over it, landed on its length neck, and wrested his talons around its skull (page 302).

Dennagon hurtled himself straight into the walls and floor, crushing his enemies with every collision. (page 303)

Eventually he defeats them all and makes his way to the Lexicon and touches it with the power of the Key. It opens, and…

The first page was blank. [snip] Perplexed, he flipped through the entire tome, letting countless papers rip past his vision, not a single one possessing any lettering, symbols, or understandable type of communication. [snip] Finally, he reached the back cover. The tome slammed itself shut, denying the Key of ever opening it again (page 304).

That’s…quite possibly the first moment in this entire book that I have genuinely liked, Eng. Well done. It only took you three hundred plus pages.

Dennagon is a little upset and has a pissy fit. He’s finally aware that there is no meaning to life…except to die. Then a portal opens and he sees mutilated dragon figure who is Drekkenoth. Drekkenoth begins to transform with strings of flesh popping out across his body and forming heads. He’s essentially turning himself into a hundred-headed hydra. Which hasn’t been foreshadowed at all in any way. Kind of an evil deus ex machina, come to think of it. 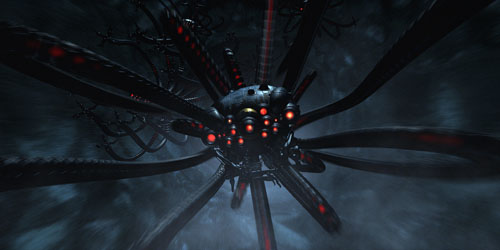 Busting apart even more brains, he created a splurge of cerebral matter in the air, befogging his enemy’s visions in order to sever even more necks (page 307).

Naturally, now that Drekkenoth has a lot of heads, he’s suddenly incompetent. Dennagon slices off heads like he’s chopping parsley, until he’s triple-headbutted.

Alas, three craniums came for him, triple-headbutting him (page 308).

The blow knocks him backward and he slides across the floor until he crashes into the mobius strip, which breaks.

Divine epochs and millennia of existence broke at the simple collision induced by that mere battle. Linear time bent upon itself, worldlines knotting around their own spacetime like splattered murals of temporal flow. Everything in the fourth dimension collapsed upon itself as light would around a black hole, and the essence of infinity’s ire spread through the entire chamber (page 309).

How the fuck can a period of time be divine? What is the mention of the fourth dimension supposed to mean to us since it’s never been discussed before? How does the concept of infinity have anger?

Drekkenoth looks at his watch and says there’s only one minute until detonation, whatever that is. He grabs Dennagon, exposits that he’s going to kill him, and starts squeezing. Dennagon struggles. His spine breaks. And then…

Dennagon, seeker of the Lexicon and omniscience absolute, perished in the grasp of his enemy (page 309).

I have never been so happy in my life. What a brilliant ending. Just kill all of the “good” characters that no readers actually give a shit about, and have this deliciously cold downer ending.

…wait, there’s more text after this.

Drekkenoth tosses the corpse aside and peaces out.

Dennagon’s body lay still and cold. However, sentience was always separate from the physical forms that bound all creatures, and he could yet dream whilst his soma was deceased (page 310).

Of course. He dreams about a place where space and time are the same where all possible moments in the universe are…the Omnitemporal realm. His “cognizance” flies around bumping into stringy grass which grants him lots of knowledge.

Thoughts showered his mind in a supreme brainstorm that neither washed nor sullied his mind, but rather, enlightened it to a new level of cognition (page 311).

And what, really, is more dramatically satisfying than that? Not a character being forced to actually learn from his mistakes, or discover a cognitive flaw in his thinking through self-reflection, or not even a montage of Dennagon studying at the library over a period of months. Nope, he touches some grass and now he’s smarter!

He plucks a blade of grass and sees it’s covered in circuits, making it (I can only assume) Technograss. He tries to see farther – and we get a Wall of Text where everything becomes clear, by which I mean nothing becomes clear, because this is Eng vomiting words onto the page

The realm was a multiverse of timelines. The veins were worldlines. Linear tracks of three-dimensional hyperplaces that composed chains of destiny upon which the entire World was bound (page 312).

And he knows this…how? Oh, right, he’s smarter than us now.

Dennagon realizes there’s an infinite number of universes, which makes them all meaningless, for some reason. He doesn’t bother to stop and ponder this, or have an existential crisis because he’s realized all of life is meaningless. It doesn’t take him more than another second to decide that since he’s conscious, there’s something to believe in. Wait, what? How does that follow? If you’re conscious, it means you’re aware of your existence, your thoughts, and surroundings. Being aware of your existence doesn’t mean that existence has a Purpose, and it certainly doesn’t give you Something to Believe in.

For a book that tries desperately hard to be important and pretentious and to discuss the big questions in life, it is stunning how few conclusions are drawn. Eng’s characters have fancy, incomprehensible conversations using many-syllable words and the end result is absolutely jack shit. They don’t learn lessons or gain a deeper understanding of the universe. Nothing happens. They argue until they get interrupted and have a fight scene.

Dennagon wants to understand Ultimate Reality. So he stares at the blakes of grass and sees darkened points of light, which sounds…ironic.

Existence was defined only by what a consciousness could observe, and therefore, any fantasy was equally real. This was his last dream, his final fantasy (page 313).

I don’t want to dive too far down the philosophic rabbit hole with this, since there’s no end to where you can go when you want to doubt everything, but let’s be clear: there is a world of difference between something observable, such as a lunchbox, and a hallucination from someone on LSD. And there are many, many things we can do, as rational agents, to distinguish between the two. And did Eng really just write the words “final fantasy”?

Nothingness flutters around him, which makes me wonder how he knows it’s there.

With tendrils of ephemeral aether, the random points hooked up to his brain (page 314).

Yeah. He bounces around through the multiverse, and eventually pops into a world where Drekkenoth (Evil Bad Dragon) who is gloating about his recent victory and planning to destroy the humans and take the Gateway of Time, whatever the fuck that is.

Lifting a monumental plasma cannon from his circuit augmented body, he fired his stellar-powered pistons (page 315).

I’m not sure how you fire a piston, but I hope that’s explained in the sequel.  Anyway, it doesn’t kill Dennagon:

Instead of detonating, however, his crystals began to meld with the cosmic forces, uniting to fuse glorious wires of pure mana into his eternally diamond nervous system. when it was all cleared, he was not annihilated. He was one with all, and all with one (pages 315-316).

So now he’s one of the Four Musketeers?

Drekkenoth attacks, flailing around with his swords. This would be enough to kill pretty much anything, Eng explains, but Dennagon effortlessly avoids them, tells Drekkenoth that he’s obsolete, and knocks him backward. Dennagon generates a ball of light and hadokens it at Drekkenoth, who screams and starts losing his heads. Dennagon flies toward him at the speed of light [!] and punches him through a wall, killing him. Dennagon grabs the Lexicon and flies out.

On the way, he grabs Lyconel’s technodragon body, and picks up Dradicus as well before he heads out. The Moon explodes and sends debris everywhere, which destroys the Lexicon Tower. They land…somewhere, it’s not really explained. Dennagon skims through the Lexicon, which he can now read, for Reasons, and his eyes start glowing. And…this magically tears away all the circuitry and cyborg stuff from Lyconel and she comes back to life and wakes up.

No. He’s holding the Lexicon.

High above the planet, they kissed under the star-speckled night (page 321).

That’s about it. He takes a moment to ponder everything that he’s learned and what the Lexicon has taught him:

Oh. Okay. That makes a lot more sense, especially since that’s the end of the book.

I need a drink.