Blah de blah, Dradicus is at the North Pole and stuff. It’s taking a long time and he’s slowly developing frostbite, which sounds like a bit of a problem.

“Are we there yet?” he asked aggravated.

And yet, somehow, this doesn’t bother him or concern him in the slightest. You’d think he would wonder how he’s supposed to be the scout if he has no idea where they’re going, or worry that he’s going to lead them into the middle of nowhere where they’ll die either by starvation or freezing to death. Instead, we move past it.

They all watch as a silver orb ascends into the sky. It’s the Moon! Apparently, different accounts say that the moon is supposed to be covered in craters, but this Moon is completely 100% perfect. Which they can tell from the naked eye. And then…to their amazement…a second Moon rises, except its trajectory is exactly opposite to the first Moon.

How two twin global satellites got positioned at either side of the sky, no one knew, but the simple idea countered all the laws of physics that so-called “wisemen” were trained to believe. The dragons supposed that was why their lone serpentine band constituted the only creatures to have witnessed the phenomenon in ages (page 173).

Not “why”, Eng. There is no causality here, that’s fallacious reasoning. You’re thinking of ‘because’.

Later, Dradicus asks if they’re there yet, and Lyconel says that the moons didn’t appear just to “cleanse them with their lunar light” which is the kind of statement that doesn’t make any sense and therefore, by extension, belongs in this book.

Lyconel asks Dradicus if they’re close. He explains that proximity is relative, which is thoroughly unhelpful. Unfortunately, she doesn’t kill Dradicus for this, or even take a couple minutes to beat the shit out of him, which would really help this scene, to be honest. Instead, they wonder where Ballaxior has went, since he’s mysteriously vanished, offscreen.

Now, they were left with nothing but clueless confusion touched with the madness of inner chaos in its quietude venomous (page 175).

I don’t know what that means. I understand each individual word, but once you put them together…nope.

Lyconel looks through their eyes and wonders if one of them is under a mental curse from one of the magicians wandering the world. She notices a

psychological stench that reeked of guilt pervading his very soul. Nomax, it seemed, was hiding something (pages 175-176)

Nomax suggests that maybe Ballaxior is a traitor. Lyconel gives him a “I’m watching you” glare and pulls out her compass. We learn that the world changes its magnetic alignments every so often, but her compass is designed to automatically adjust when that happens.

It was necessary to have more orientations than north, east, west, south, northeast, southeast, northwest and southwest. Hence, the directions dorth, leth, drex, teth, and doam were created (page 177).

Um. Wouldn’t it be simpler to just have, say, north-northeast, and the kind? Also, if you’re trying to add orientations, and you already have eight options, wouldn’t you need to add eight addition directions for it to have any value, instead of the six listed above?

Apparently they need to travel “dorth” which is helpful. Before they can, however, geysers start erupting, shooting hot snow everywhere. Yes, hot snow. And then everything starts forming a nerve network. The dragons take off into the air.

Hovering over the lands, they looked down, only to see the land that they were standing on transform into a gigantic lens that was built of permafrost and snowy gems. Soon, it mutated to contain an iris, capping its pupil with the cold bluish tint of its equally gelid stare. It was a gigantic eye constructed of the arctic (page 178).

O….kay. Lefius is all “The glacier is alive!” so Lyconel says they have to kill it, so they attack. I’m not sure why. They have wings. Why don’t they just fly to their destination? You know, at the incredibly fast speeds dragons can travel? Oh wait, so we can get the requisite incredibly boring and non-dramatic fight scene.

So there’s a page and a half of the dragons hitting a glacier with their weapons, and finally Nomax pulls out his grenade launcher.

The grenade tore crystal snow apart, letting the devastating disk sink into the chilled optical abomination, and causing it to shriek in horror and agony unrelenting (page 180).

The glacier eye sinks away and everything is great. Then a geyser erupts and a tentacle points towards a constellation known as the Eye of Arcadin. Which happens to look an awful lot like the glacier eye they just fought. And that Lyconel was pretty sure wasn’t there a few minutes ago. Lyconel decides that this must have been a test, and since they passed it, it gave them a hint. Yeah, that makes sense. Why wouldn’t the powers that be create a giant glacier eye that the dragons can handily dispatch with their grenade launcher, a move that doesn’t require the slightest bit of ingenuity, and then reward this group of idiots with a hint? If you’re trying to identify if these Chosen Ones are worthy of succeeding in their quest, why not devise a test that actually makes sense toward determining the quality of their character or the power of their brain? It’s like giving a hardened knight a test and saying “Before you proceed, you must kill this one-legged blind rat.”

Dradicus says he thinks he found the Keygate. Lyconel comes to take a look. There’s a wurm-shaped hole in the ground – I assume this means it’s a hole big enough for a wurm to fit through, since the text says that all these dragons are differently sized and shaped –  that leads to a large room made of blue diamonds. This satisfies Lyconel that they’re at the right place. Dradicus, however, is concerned because they can’t enter without Dennagon.

But they do anyway.

We don’t know why, of course. Like, if there was some sort of clear goal outlined in the book as to why this is so time-sensitive that they enter this random place, we might understand why a character might be motivated to do anything, but motivation is something that does not exist in this universe.

Outside, a comet comes flying out of the sky and slams into the ground and then starts flying in circles and screaming.

This is the first real expletive that the book itself has featured, which may seem odd to readers of this spork who are used to my terrible language. Setting that aside, though…where did “bloody” come from? Is this character supposed to be British? And why the fucking fuckity fuck does Eng feel like he needs the word “appropriately” in there? If it is appropriate – and this, astonishingly, is a situation where a colorful metaphor may genuinely be called for – any reader will be able to discern that from the context. And there’s absolutely no reason to use “asked” as the dialogue tag. “What the bloody fuck” is generally a statement, not a question, and in any case the reader can pick up on by the fact there’s a quotation mark there. Use “said”.

The flaming comet circles them and they can see Dennagon’s face. Eventually it crashes and goes out, and there is Dennagon. Wow! He was miles away and hit the speed of light and changed locations and times and popped out right where his friends are. That’s incredibly convenient.

We move back to Lyconel and Dradicus who are slowly approaching a door. There’s some rambling about the décor and they bitch at each other, so let’s skip past that. Lyconel works herself up, gives herself a pep talk, thinks about how absolutely terrified she is, and grabs the doorknob and twists. Nothing happens, because the door is locked. Lyconel decides to break the door down. Before she can, though, Dennagon appears and stops her. He says they need the Key (it’s capitalized, of course) and twists the knob. It opens for him and he goes inside.

He’s in a giant dark chamber with two clocks, one twice as large as the other.

I don’t know what that means.

The air starts getting sucked out and Dennagon can’t breathe because he’s in a vacuum. A voice explains that it is the Key, and in order to pass, Dennagon must determine the speed at which the larger clock will fall, if the smaller clock falls at 10 meters a second. In the last bit of available air, Dennagon gasps out that objects will fall at the same speed in a vacuum, which is correct. Oddly, I wonder why this “Key” douchebag would ask someone to solve a problem and then not give them enough access to air to be able to explain the answer. I also wonder why he’s being lobbed a softball.

But the answer is correct and air comes back and Dennagon moves on to his next challenge…where to be fair, he’s asked a harder question. Gravity disappears and a claw pins him to a spinning crystal ball. But he has to figure out how much he weighs in order to figure out the math on how to release himself. A year ago he weighed 4,352 kilograms. A year before, 4,740 kg. A year before, 5,001 kg. Dennagon calculates that due to fasting on the black orbs he’s been losing about 350 kg a year, meaning he’s around 4,000 kg. Uh…no. The first year he lost 261 kg. The second year you lost 377 kg. That does not equal “about” 350 kg.

You suck at math, Eng.

Then we get this:

Despite his shitty math skills, this works perfectly and sends Dennagon flying into the final chamber. There’s a giant prism reflecting light everywhere, illuminating the walls which are packed with plastic explosives, because Dennagon knows what plastic explosives are. A one-minute timer kicks off. A voice explains he has to shift the light to where the explosives are not planted. He flies up, smashes a hole in the laser emitter and changes the light’s hue, thus adjusting its wavelength. This works and is also the most boring scene where a protagonist defeats an antagonist in written and verbal history.

He is then hit by a laser which magically heals all of his wounds. Okay, sure, why not. This book has long since abandoned any resemblance of reality or conflict. Why not have a random unforeseen laser heal him?

The “key” tells him that the bounty inside is his, and then a prism (which I am guessing is supposed to be the key) breaks open. Inside is….nothing. Dennagon wonders aloud about this as Lyconel and Dradicus walk in. He realizes he’s been talking to himself, and suddenly Everything Makes Sense.

They head outside. Dennagon’s body is now “pure emerald crystal” that is ten times as hard as a diamond for good measure.

Dennagon senses that something is not quite right. He pulls out his storybook that he keeps as a good luck charm and throws it away. Um…okay, that doesn’t make any sense.

He tries to explain what he saw in the Technorealm, but can’t find the words to adequately describe it, so he doesn’t. Lyconel says their enemies are ready to “unleash their ultimate wrath” so they need to get to the Omega Pole at the speed of sound. They all take off.

We skip over to Drekkenoth who is monologuing Evil Thoughts about how the world is going to fall to the humans but HE WILL CONTROL TIME. His peons are fixing themselves and helpfully expositing about how power Dennagon is. Drekkenoth decides it’s time to unleash their greatest weapon. Gorgash is worried because it’s not quite ready. Drekkenoth doesn’t particularly care. 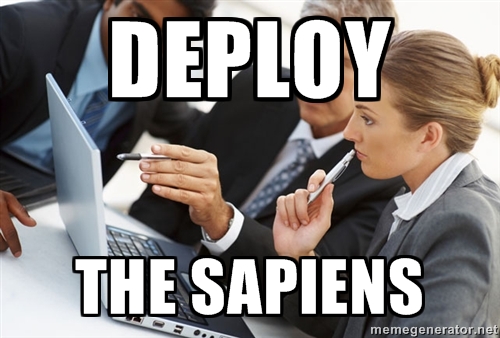