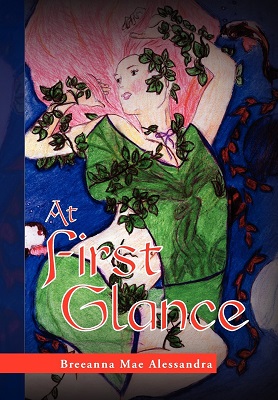 I was advised of the existence of this book by a brilliant reader who apparently felt that I haven’t suffered enough in my life. After spending the past few months in rehab due to the horrific liver damage I suffered from working my way through the Maradonia series, it’s time to fall back off the wagon.

It’s actually a little hard to find information about Ms. Alessandra, mostly because her website is down and her twitter is deleted and her tumblr is deleted. As best I can find from some Googling, she’s an 18-year-old self-published author whose book is for sale on approximately 400 websites, has dabbled in internet self-promotion, and didn’t take criticism well.

Update: Shortly after this sporking began, Breeanna herself began participating and commenting on the ongoing sporking over at ImpishIdea, and has been nothing but polite, friendly, and pleasant.

12 Responses to “At First Glance”